OUR SERVICES:
compiling a curatorial concept; development of analogue and digital mediation methods and hands-on stations; project management; coordination and supervision of implementation until opening

Experiencing a trip through time–Katharina Knoll has created an exhibition concept that reveals the secrets of this racing idol’s success, painting a comprehensive yet detailed picture and allowing visitors to get hands-on in discovering Formula 1.

The exhibition celebrates the 20-year partnership between Deutsche Vermoegensberatung and the outstanding sportsman Michael Schumacher: the two-year exhibition searches for the secrets of the Formula 1 record champion’s success. Seven topic areas–in reference to his seven world championship titles–trace his career on large-scale photo and information walls, in digital frames showing film clips and in audio stations, providing an insight into Michael Schumacher’s particular skills as a team player, record world champion, developer, optimiser and tactician. On view are never before shown exhibits from the Schumacher family’s private collection (including the original vehicles from his time with Benetton, Ferrari and Mercedes) and visitors can experience the world of Formula 1 in hands-on stations, for example, in a motion-controled pit stop simulator, by testing their reaction speed or trying out the enormous centrifugal forces that pull on the driver’s neck muscles during a race. 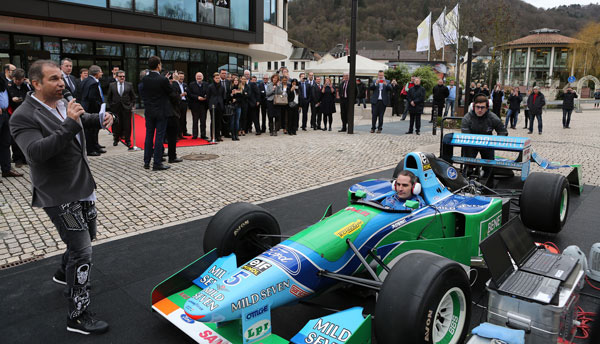 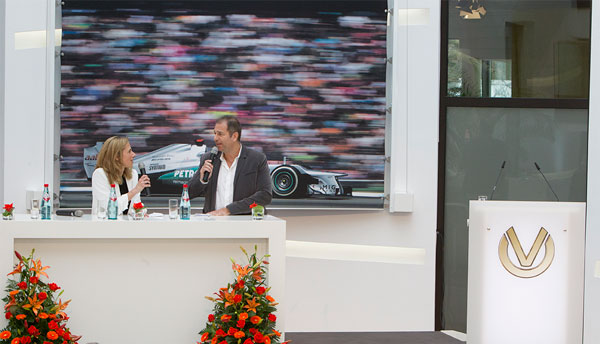 Photo 1: The car with which Michael Schumacher won his first Formula 1 victory. The engine was started exclusively for the opening.
Photo 2: At the opening event–Katharina Knoll talking to presenter Kai Ebel
Photos 1 & 2 © Deutsche Vermoegensberatung

An article from German newspaper Frankfurter Allgemeine, 350 Quadratmeter Michael Schumacher, provides an insight into the exhibition. 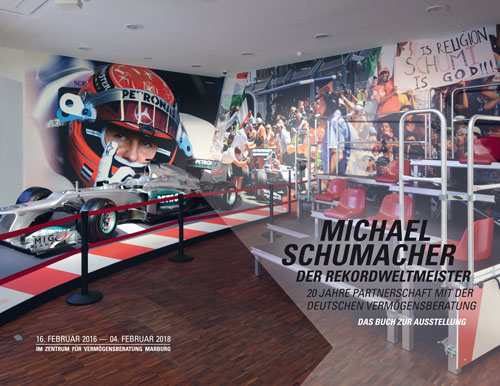