OUR SERVICES:
Museological consulting services for an initial feasibility study on a new exhibition centre; evaluation of various possible locations incl. cost estimations; after decision in favour of the city park site: reworking of spatial programme; architectural competition: expert to the jury; implementation of winning project: museological consulting during the preliminary design and design phase

To mark the 100th anniversary of the foundation of Bauhaus in 2019, the Bauhaus legacy in Dessau is to be put into the national and international spotlight through the construction of a new exhibition centre. bogner.cc has been involved in this project in various ways since its start in 2012.

Phase 1:
In 2012, the Bauhaus Dessau Foundation commissioned [phase eins]. from Berlin together with David Chipperfield Architects and museological consultants from bogner.cc to compile a feasibility study for a new exhibition centre. This study was to be used to decide which city location would provide the best site.

In 2013, before announcing the international architecture competition, the next step was to ascertain which requirements needed to be met by the exhibition building, to highlight the advantages and disadvantages of the three potential sites as well as to check cost estimates–tasks that were undertaken by bogner.cc in cooperation with Jens Happ/happarchitecture.

Phase 2:
After the city park site was chosen as the location, bogner.cc evaluated the existing spatial programme and developed recommendations in terms of additions and/or changes for the call for tenders for the architecture competition.

In the framework of the competition, Dieter Bogner dealt with museological aspects during the preliminary review of competition submissions and served as an expert in the jury sittings. In December 2015, a decision was reached in favour of Gonzalez Hinz Zabala architects from Barcelona.

Phase 3:
Since the beginning of the preliminary draft and draft phase in 2016, Dieter Bogner had provided support for the future user, clients and their teams in questions related to functionality and content of the future exhibition centre. 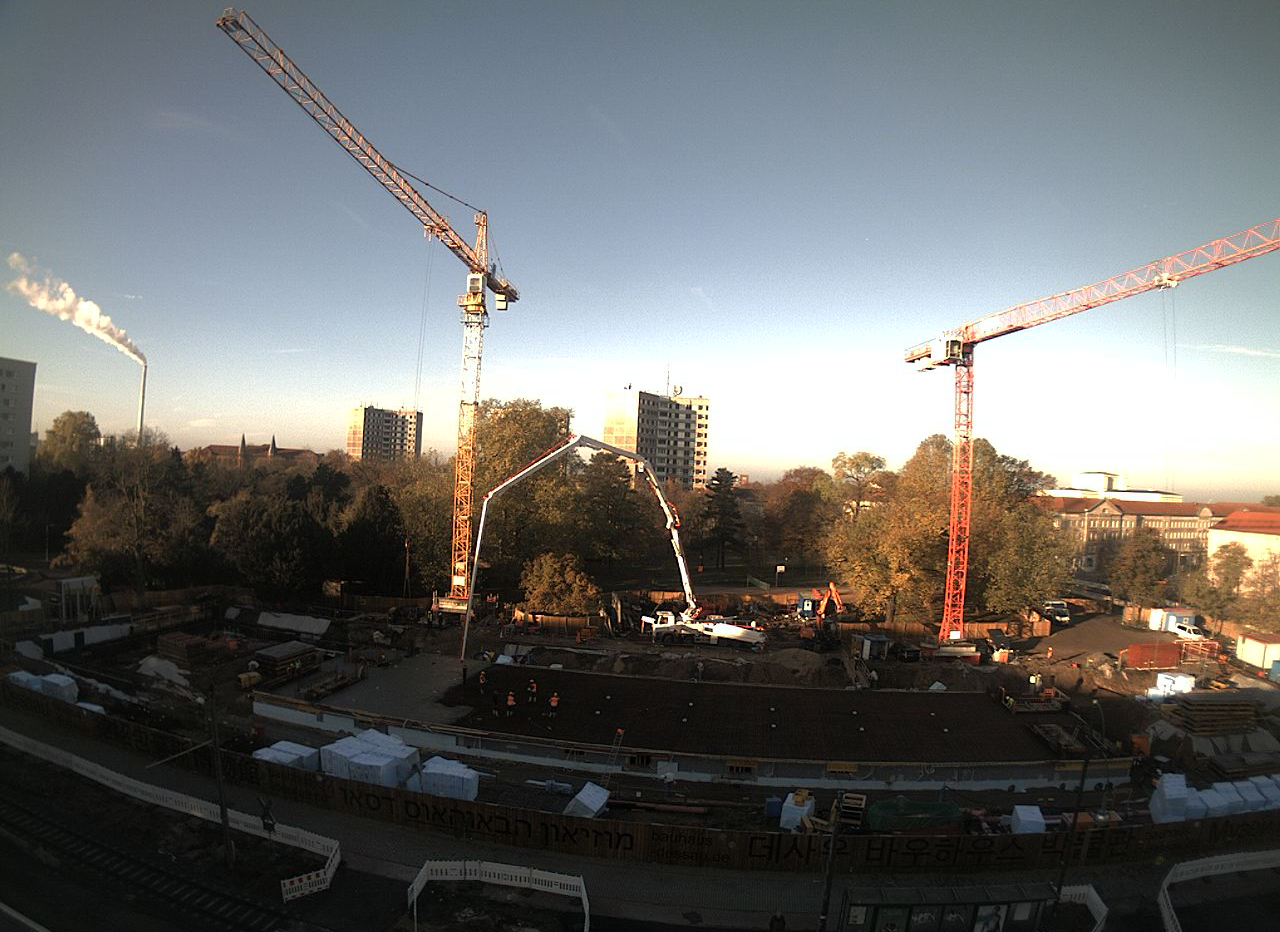 Current webcam images of the construction site of the Bauhaus Museum