OUR SERVICES:
concept development for a DomQuartier tour as well as project management of implementation until opening; support in the tender procedure for a corporate design; concept and text production for an audio guide; development of the basis for a visitor orientation and information system

bogner.cc conceived a unique tour at the heart of Salzburg’s old town, which has been open to the public as DomQuartier since May 2014, offering an impressive experience of European dimension.

By bringing together the magnificent show rooms of the Residenz Palace with the exquisite collections of the Residenzgalerie, the ecclesiastical treasures of the Cathedral Museum and the precious objects belonging to St. Peter’s Abbey, a true highlight has been created, offering wonderful views of the cathedral interior and the choir vault of the Franciscan church as as well as the city and its surroundings.

bogner.cc was responsible for both the content of the tour and for the concept development of the visitor orientation and information system as well as the audio guide.

Audio guide
The history of the owners and users, the buildings and their furnishings as well as that of their urban context was researched in close cooperation with experts from institutions involved and brought together to create a coherent whole. The aim was to provide narrative including the 1300 eventful years of Salzburg’s history as well as stories of the individual institutions. 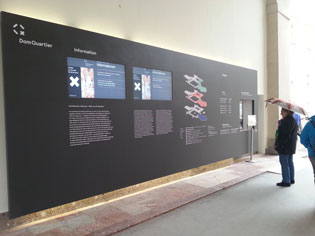 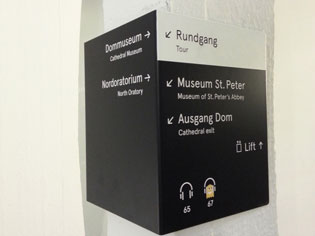 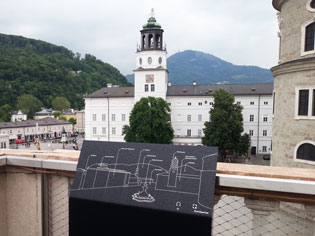 The tour is a central part of the museum master plan commissioned by the Province of Salzburg, which was developed by bogner.cc in 2006. Also following the guidelines of this master plan, a new display of the collection on the 2nd floor of Salzburg Museum, titled The Salzburg Myth, was implemented under the curatorial management of bogner.cc.