OUR SERVICES:
Exhibition conception and support of implementation of the permanent exhibition including text office, production of a script for a hologram projection, and preparation of the contents for several listening and media stations

In the 18th and 19th century, the third floor of the Emperor`s Tower was part of the state prison at Kufstein Fortress. The new permanent exhibition at this site, conceived by bogner.knoll, gives insight into the roughly 100 year history of the prison and puts the focus on the political prisoners, who were transferred to Kufstein from the whole Habsburg monarchy and beyond, and who were mostly imprisoned in the Emperor`s Tower.

The core of the concept worked out by bogner.knoll is to bring to life the prison tract with its 13 cells, which have been preserved up to the present day. Information on everyday life in the state prison and selected biographies of former prisoners are supplemented by historical objects from the collection of the Kufstein Fortress and Local History Museum and various media and listening stations. A fictional conversation in the form of a hologram between a fortress commander and the fortress`s chaplain gives insight into a world that is hard to imagine today.

The new permanent exhibition also takes into account the fact that the third floor of the Emperor`s Tower is at the same time a memorial site. The historical memorial wall there, which is dedicated to the former political prisoners, is supplemented by additional information on the prisoners and the difficult current state of research. 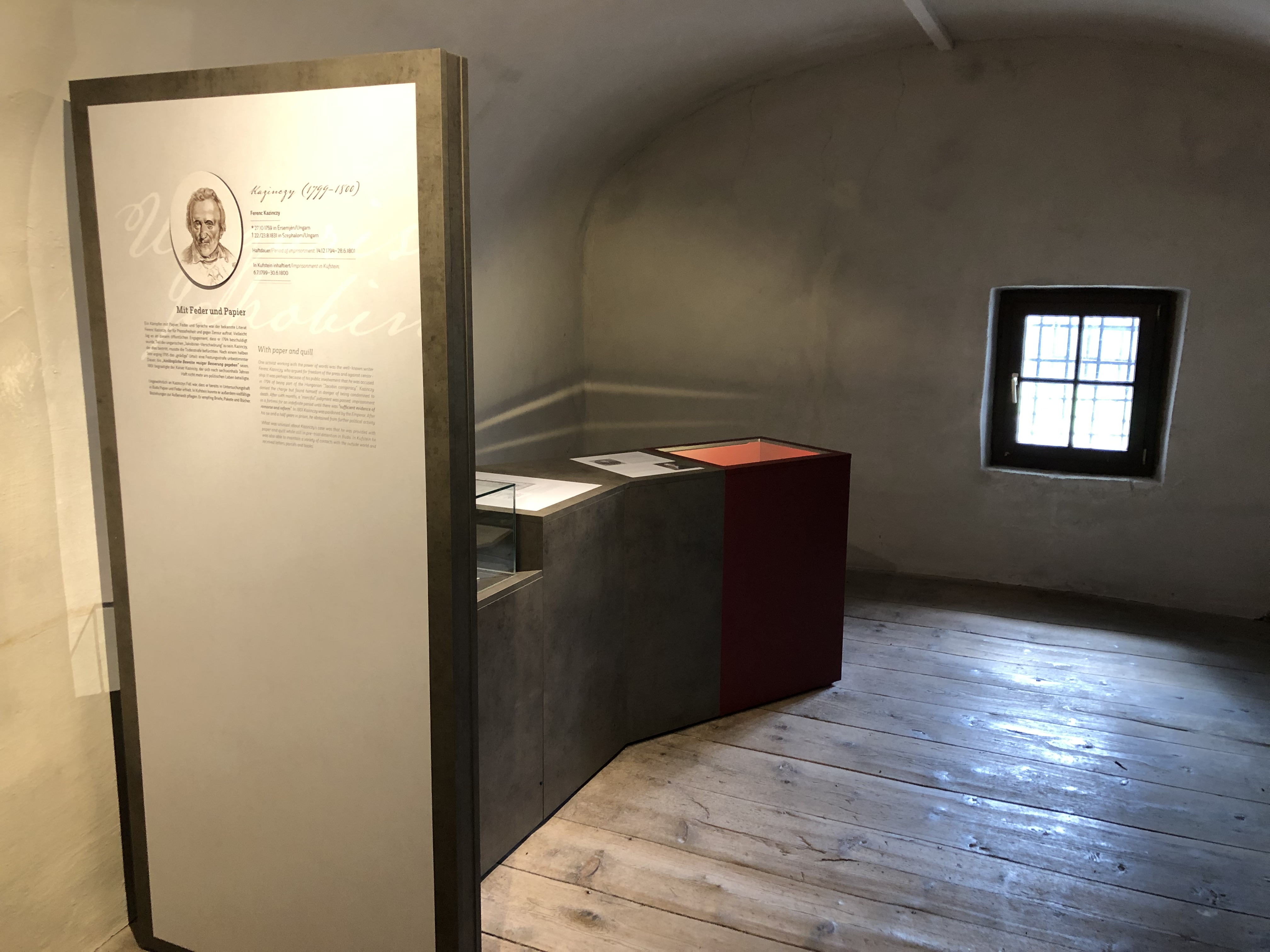 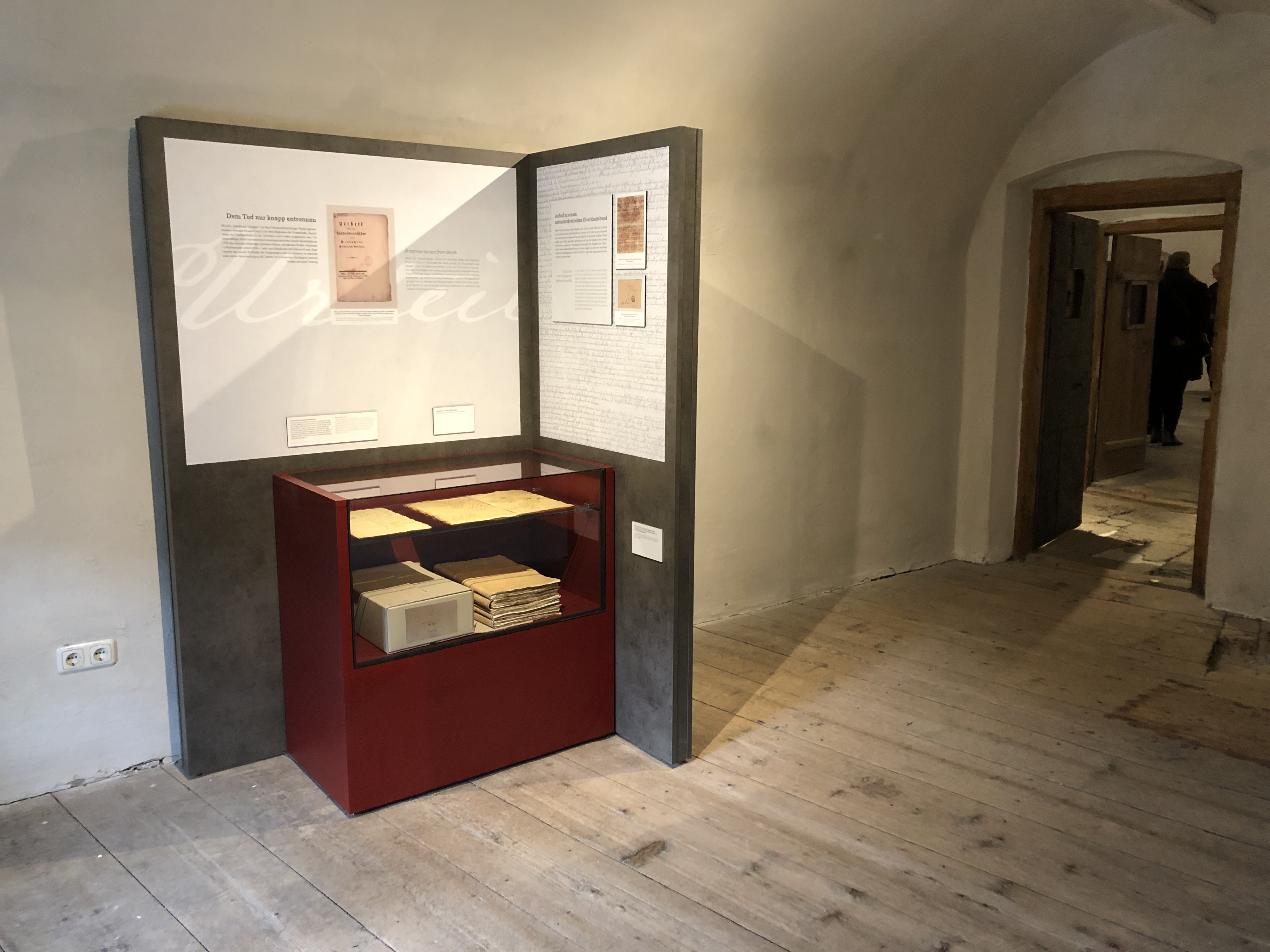 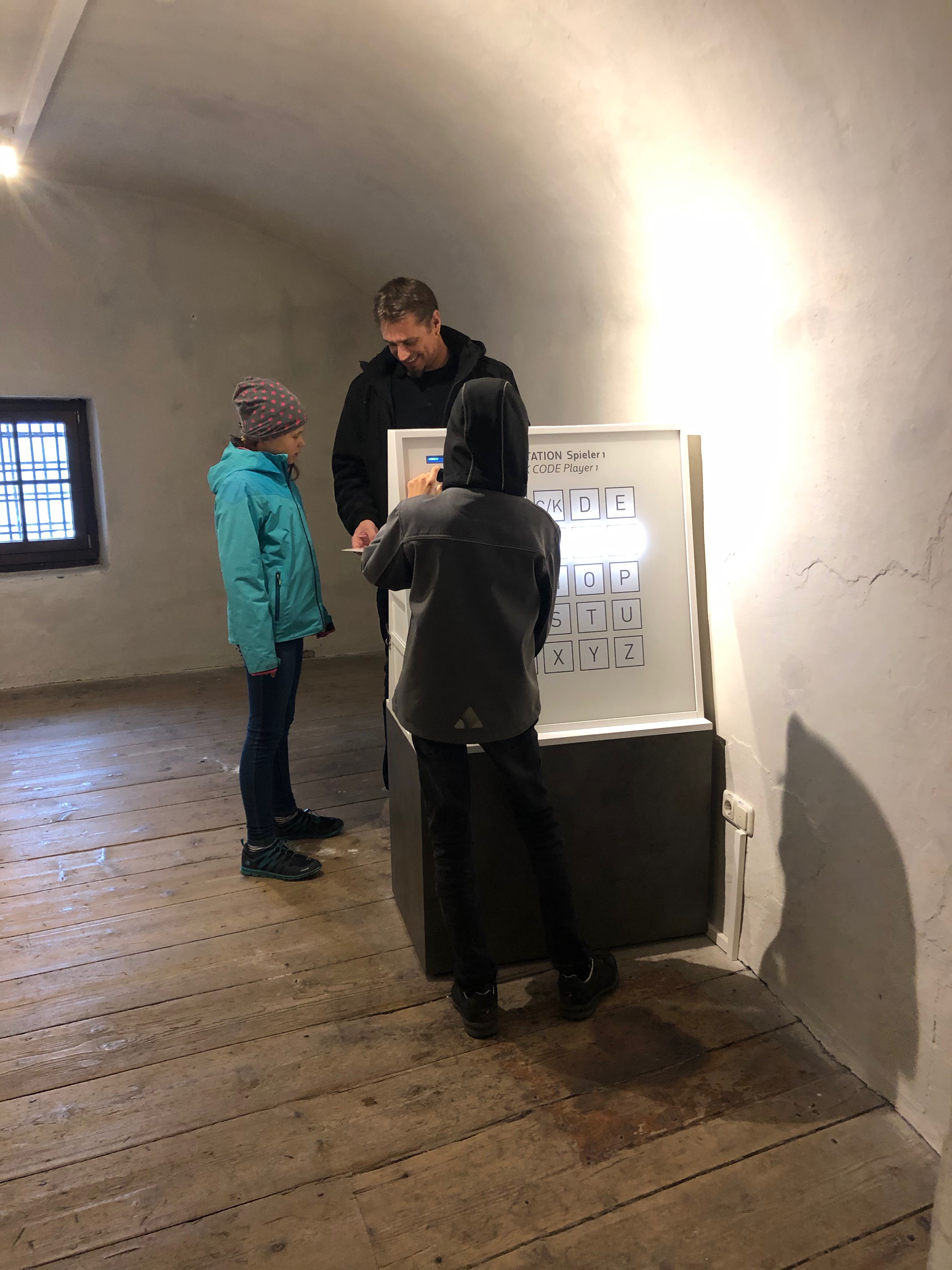 Exhibition views (potos: © Edgar Schreiner)
Further projects realised by bogner.knoll continuing the implementation of the masterplan Kufstein Fortress:
Exhibition Emperor Maximilian I
Multimedia Installations in the “Fuchs Tower”
Exhibition Knightly idealism and foot soldier reality
PROJECT PARTNERS
Media design: 7reasons Medien GmbH, Vienna, in cooperation with the University of Applied Sciences Kufstein Tyrol
Exhibition design: Atelier Schreiner, Salzburg
Graphic design: Stefan Brigola, Innsbruck
Use of cookies: We use cookies to make our website optimal for you and to be able to continuously improve it. By continuing to use the website, you agree to the use of cookies. Further information on cookies can be found in our privacy policy
I agree